Get the best content to grow your online business.

Who are the greatest entrepreneurs in the world?

Learn more about the story of 9 people who changed the job market and made their mark. 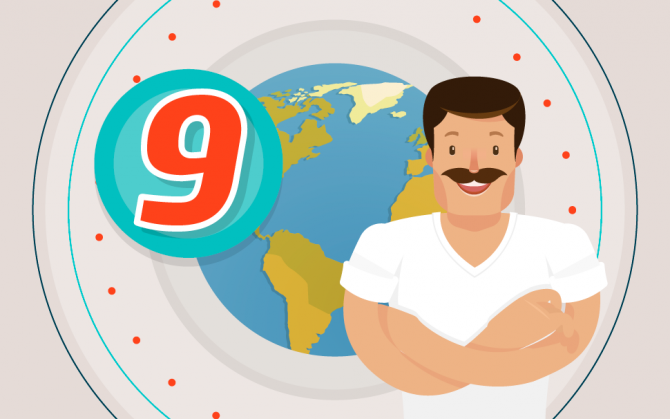 When we are starting a new business, it’s always good to look for inspiration in the stories of other people who also decided to make a living out of their passions and succeeded.

Of course, each path is unique, but learning a little more about the greatest entrepreneurs in the world is a way to possibly figure out if you’re on the right path.

Do you want to be inspired?

Learn more about the stories of the following people:

You probably find it strange that we started our list of the greatest entrepreneurs in the world with someone who lived from 1863 to 1947.

The truth is that, despite being from another period, we cannot talk about entrepreneurship without mentioning Henry Ford.

As the founder of the Ford Motor Company, Ford was a man ahead of his time. He created the assembly line car production, which is used to this day.

His production system was able to reduce car-manufacturing costs, which automatically reduced the price of cars.

Additionally, Henry Ford was also concerned about his employees’ well-being and is known for paying his employees high salaries at that time.

His story is inspiring especially due to the fact that he was an innovator in his market and viewed the business as a whole, during a period when such ideas weren’t widespread at all.

Even if you don’t know everything about computers, you have certainly heard of Bill Gates and also probably know that he is one of the founders of Microsoft, one of the most well-known software companies on the market.

With a fortune of approximately US$ 130 billion, Gates is not only one of the greatest entrepreneurs in the world, but has also been listed as one of the wealthiest, yearly, since 1995.

In addition to creating the Windows operating system, Bill Gates is a personal-computer pioneer.

Despite being widely known nowadays, the story behind this brilliant mind wasn’t always one of immediate success. In fact, his first attempt at entrepreneurship failed.

At the age of 17, Bill Gates, along with his friend Paul Allen, developed the software to read magnetic tapes. But because of their age, customers backed out of investing in the business.

His initiative as an entrepreneur was only successful a few years later.

While he was still at Harvard, and again with Paul Allen, Bill Gates created a BASIC interpreter, which was successfully marketed in the United States.

You might be wondering how a wedding-dress fashion designer can be considered one of the greatest entrepreneurs in the world.

In addition to being the darling of the rich and famous when it comes to wedding dresses, Vera Wang is also known for thinking outside the box.

Despite working with something as traditional as wedding-dress design, her dresses are considered true works of art, full of brilliance and always quite playful.

Her entrepreneurial mindset made her realize that the audience she could reach was not limited to her hometown, New York.

As a result, ever since she began opening her stores, Vera Wang focused on globalizing and she has, therefore, expanded her business to several other countries, and currently has stores in nothing less than 5 continents.

In addition to becoming well-known worldwide as one of the founders of Facebook, Mark Zuckerberg is also an entrepreneur and visionary, since he has an economic commitment to the progress of human potential and promoting equality.

Zuckerberg is one of the greatest entrepreneurs in the world not only because he created technological innovations that attract people’s attention, but especially because of his philanthropy.

His donations to public schools and small businesses with innovative ideas make him a key player in encouraging technological development and education.

Mark Zuckerberg feels that his greatest legacy is making the world a better place not only for his daughter, but also for the next generation.

You probably already know that Apple was the company that revolutionized the personal computer industry, and the name behind this great brand is Steve Jobs, an American entrepreneur and founder of this major company.

Jobs’ success story has highs and lows, which also include being fired from his own company because of his aggressive sales tactics.

Despite that, Steve Jobs never gave up. As soon as he left Apple, he created a software development company, which was purchased by Apple 10 years later.

And if you think that being fired at the beginning of Apple’s history was a reason to give up on his own company, you are mistaken.

In 1997, he returned to Apple as CEO and only stepped down in 2011, a few months before passing away.

Despite being described as crazy by some and as a genius by others, Elon Musk is one of the most mentioned names when the subject is technology, and more specifically, flying cars.

But don’t think for a minute that Musk’s career is restricted only to Tesla, the company he founded and that specializes in electric cars, solar panels, and energy storage.

The PayPal online payment system is known worldwide and is also one of the most successful companies that carry his name as founder.

In addition to being a multimillionaire, Elon Musk is also a visionary, since his ideas have changed how the market views the solar energy industry, spaceflight, and artificial intelligence.

Of course, he still has a long way to go in order to achieve all of his futuristic ideas (which no longer seem so futuristic). But if there’s something we can be sure of is: the world is watching his every move to see what Elon Musk will achieve next.

With a degree in electrical engineering and computer science, Jeff Bezos is the CEO and President of Amazon.

From childhood, Bezos already showed an interest in the fields of science and technology and therefore, took part in student programs directed to this area.

After working for a few years on Wall Street, in other words, the financial market, Jeff Bezos decided to invest in what he liked the most and created his own business: a company to sell books.

Bezos’ global and expansionist vision allowed him not to limit Amazon to only this type of business. Nowadays, the company also sells a variety of products and is investing in audio and video streaming.

This is perhaps one of the reasons that, in January of 2018, he was considered as one of the richest men in history.

Even if you’ve never had a cup of coffee at Starbucks, you have certainly heard of this company that has 25,000 coffee shops in 75 countries and is always shown in movies and TV series.

Howard Schultz is the successful entrepreneur behind this major brand that revolutionized the way in which people drink coffee.

Despite his story of hardships, especially during his childhood, when Schultz lived in government housing in Brooklyn, he didn’t allow this to hinder his studies and change his life around.

After getting a degree in communications, Howard Schultz worked at a hardware store. Among his customers, were the former owners of Starbucks.

In 1981, he met Gerald Baldwin and Gordon Bowker and convinced them to hire him as sales and marketing director of the coffee shop. But don’t think that he became Starbucks’ CEO overnight.

Schultz left his job as director to open his own coffee company, and a few years later, when Starbucks went through financial difficulties, he bought it.

His visionary skills made him realize that he couldn’t have only the 6 stores he had, so within 5 years’ time he opened 165 stores.

Afterwards, Starbuck’s expansion process continued steadily until it reached the empire-like status it has today.

With a fortune estimated at US$ 30 billion, Jorge Paulo Lemann is definitely one of the entrepreneurs you need to get to know.

At the age of 76, Lemann is the head of major brands such as Burger King, AmBev and Heinz. But his entrepreneurial talent doesn’t end there.

Also, Jorge Paulo Lemann currently invests in technology companies such as Snapchat, in addition to Movile, the company responsible for applications such as iFood and PlayKids.

Have you become an entrepreneur yet?

After reading a little more about these 9 greatest entrepreneurs in the world, we believe that you are also thinking about starting your own business.

Of course, it’s not easy to leave everything you’re used to and start undertaking all the hard work required in opening a new business. But, if you prepare yourself beforehand and if you are sure that you want to make a living as an entrepreneur, you’ll be able to overcome adversities with more wisdom and control.

The stories we have told here are all about people who have a physical business. But did you know that it is also possible to become an entrepreneur without having to open a physical store?

If you’re interested in the subject and wish to learn more about it, check out our full post on digital entrepreneurship and find out how to open a business online.

13 key traits of a great salesperson

Find out how to improve your performance and increase your sales!

What does meritocracy mean and what are the myths and truths about this system?

Understand how you can apply fair and innovative meritocracy in your company!

The golden circle is a strategy used by the biggest brands in the market and it can also be useful for your business. Check it out!