What is SPAM and how can you avoid it?

Do you know what SPAM is? Understand why you should not adopt this practice of sending unsolicited messages to a large number of people. 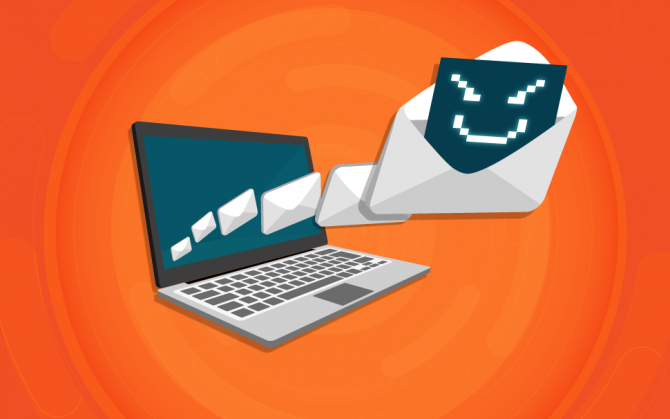 Even before becoming known as SPAM, the practice of sending unwanted content to people in excess was recurrent. Ad flyers handed out on the street, chain letters in the mailboxes, and phone calls about numerous products were examples of SPAM.

The great difference is that with letters, flyers, and phone calls, it was necessary to make some financial investments. But today, with the Internet, you can employ this tactic without spending a lot of money or even not spending anything at all.

In addition to its low cost, you can send content to multiple people at the same time using the online network. At first, that’s great, because you can quickly distribute material to users in different parts of the world.

However, sending unsolicited messages is not the best of practices.

And do you know why that shouldn’t be done? In this post, we’ll explain what SPAM is and how you should avoid it.

SPAM (Sending and Posting Advertisement in Mass) is unsolicited electronic messages sent to a large number of people. In other words, it is the action of sending and posting mass advertising.

Generally, the advertisement is the most well-known type of SPAM and the email is the most common way to send them. But it is a mistake to think that this practice happens only for marketing products.

And why is this such a bad practice?

The biggest problem of these unwanted messages is that they hinder the relationship between consumer and brand.

Have you ever got lots of advertisements for products that you aren’t interested in your email? And do you remember how annoying that is?

SPAM creates a big problem for the user. When she receives many unsolicited messages, for example, in her email, the inbox gets very full.

Even if today there already are anti-SPAM tools that deviate this content from the inbox, some messages can be confused with SPAM. With this, it is possible that the person misses out on important information that has been hidden among all the ads.

Therefore, it is necessary to avoid spam in any communication channel so that people have good experiences.

However, the email is not the only media in which this practice happens.

Sending messages that weren’t requested by the users on their Facebook inbox, Whatsapp, Twitter or any other communication tool you establish with your users are also examples of SPAM.

But each one of these forms of Spam has a different name:

So, we can define SPAM as any intrusive advertisement or message, regardless of how it is sent.

The history of SPAM

We already know that SPAM is a discouraged practice of constantly sending messages. But do you know how it started?

There are many rumors about the history of how SPAM started. However, the most accepted by the set of rules and good manners laid down to govern the use of the Internet (RFC 2635) is the one from the comedy group Monty Python.

Some British comedians of this group went to a restaurant to enact a scene. The scene was composed of a group of Vikings (represented by the comedians) who watched a couple asking for their dinner there.

There was a brand of spice American canned ham that was marketed in England (hence the name SPAM = Spiced Ham). At the restaurant where the comedy scene took place, this ham was served with every dish. So, even if customers did not order, they ended up eating the canned product.

So, by realizing that, the comedians repeated several times the word SPAM referring to the ham, upsetting and disturbing everyone around.

In March 1994, two lawyers who were part of a forum for submissions of articles, sent an automatic message about a lottery for different forums. However, the message sent was not related to the topics of the groups.

That caused much dismay among the participants of the forums. After all, the multiple messages sent at the same time compromised the network performance. (To access the group messages, click here).

During the heated discussions about the lawyers’ terrible actions, some people remembered the scene of the group of comedians, which was shown on television shows and even movies. So they associated the disturbance caused by the messages about the lottery to the nuisance generated by the repetition of the word SPAM in the restaurant.

So, from then on, everything that was sent in bulk, but without the recipient’s consent, was named SPAM.

How to identify SPAM

Identifying a message as SPAM might be difficult for some people. That’s why several providers and software and hardware manufacturers offer prevention and protection services against this practice.

Known as anti-spam filters, the job of these tools is to prevent unsuitable messages from reaching your inbox. However, despite being effective, sometimes they can mark legitimate messages as false.

Therefore, it is necessary to regularly check your SPAM folder to make sure that no important information was accidentally sent there.

But also, it is possible to take into account some characteristics that may be a SPAM alert. So, avoid opening:

How to avoid SPAM

If you browse the Internet just as a user, there are some ways to protect yourself from SPAM.

It is important that you have an antivirus on your computer that can block potential attacks to your personal data. However, your information isn’t protected by only having this tool installed.

So, update the security software whenever necessary. Besides, use the antivirus periodically and make it a habit not only in your corporate computer but also in your private one.

It is important to install antivirus software on your mobile phone too. After all, it is common to use mobile phones to access the Internet.

If you notice unusual behavior in your computer or mobile device, remember to scan it for viruses. And if the problems persist, it is necessary to reinstall the entire operating system.

Email and bank account information are highly confidential. Therefore, you should not share them on suspicious pages.

Malware codes sent to your email may be able to turn your system into a server for sending SPAM. And it’s usually not easy to see that your computer is infected. Most people only figure it out when the device gets very slow or if there are connection problems.

With banking information, the danger is in the unauthorized transactions that can be performed. When this happens, the user may suffer high financial losses. For example, some high-value transfer; bill payments or purchases that weren’t made by the user.

Don’t share questionable messages. Usually, they are used to capture email addresses and use them to send SPAM without the consent of the user.

In addition, several stories shared in chains are false. That’s why you need to check the veracity of the information not to share bad content.

The anti-spam tool is essential because it directs suspicious messages to a SPAM folder outside your Inbox. So, even if you don’t have this tool installed in your computer, try to use the resources offered by access providers.

Separate your emails into categories

If at all possible, try to have more than one email and separate them by category. You can, for example, have an account just for subscribing to lists and receiving promotions. So, you can prevent certain SPAM emails to get to your personal or commercial emails.

Don’t believe in all the special deals

Avoid clicking popups and buttons that lead to extraordinary free gifts. It is always important to check first if the gifts are even real and if the site that offered them is trustworthy.

Several institutions already have on their pages information that confirms or not the sending of free gifts, promotions, and discounts. So, remember to analyze all the messages you get before clicking everything that appears on the Internet.

How not to SPAM

If you have an online business, you should not use this practice. When you send unsolicited messages, users on the other end of them may report your page. An example of this is on Facebook. Reported pages can be suspended and even excluded from the network.

In addition, sending emails to people who do not know your services and products can make people lose interest in getting to know your brand.

But is it possible to promote a product on the Internet without spamming?

Email marketing is the proof that you can do that. However, some tips on good conduct online are necessary before you even create your commercial email.

Apart from being inconvenient to the user receiving unwanted messages, there are some problems caused by SPAM that must be taken into consideration to avoid this practice:

Every time a user receives an unsolicited message, she spends part of her time deleting spam.

People who use the email as a work tool spend more time to get to important messages because of the number of inappropriate emails.

Plus, there is the risk of clicking a malicious link and corrupting valuable data from your computer.

If the mailbox is full of Spam, it is possible that the user doesn’t get a few emails, especially those that are larger and need space to be received.

Some messages have links that install computer programs that commit fraud or induce people to fill out data on cloned sites of financial institutions.

Because of the large number of Spam, you can delete messages that were important, forget to read some email thus taking longer to respond.

There are several inappropriate or offensive messages sent to random email lists.

Therefore, it is possible that you receive content that doesn’t match your beliefs and values.

Have you noticed why it is so important to avoid the practice of SPAM? Leave your questions and suggestions about this topic in the comments section!

Coproduction: how to create products in partnership with other people

Learn how to use the Hotmart Coproduction tool.

How to deal with an unhappy customer

13 tips to use criticism to your advantage!

The beginning of a new year is always the time to plan the steps you need to take in order to achieve new goals. Make a list of everything you’d like to achieve, draw strategies,...